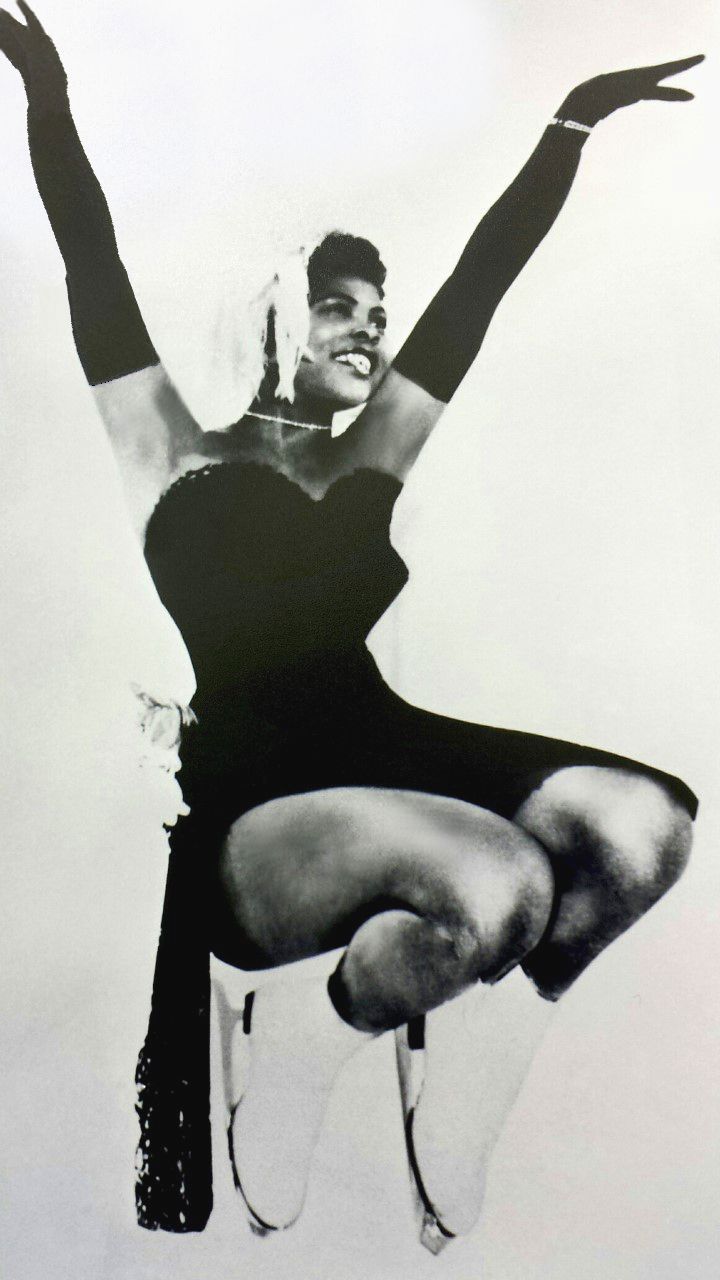 Mabel Fairbanks was born in Jacksonville, Florida in the early 1920s. Life there was subjugated by abject poverty, bigotry, and Jim Crow laws. In the early 1930s, there was a great migration north in which Fairbanks’ brothers and sisters moved to New York City. She herself followed along. There, at an early age, she was drawn to the sport of figure skating. During the cold winters of the city, she would curiously watch from afar the twirling and gliding skaters in Central Park. But it was after seeing Sonja Henie’s movie “One In A Million” that she was determined to learn to skate. She took herself to the north end of Harlem with a pair of used, oversize skates, and on small frozen ponds and rivulets, she started to teach herself to skate. In her continued desire to practice her skills on ice, she ventured out into the city to find a proper ice rink facility. Time after time she was denied entrance to skate at many of the city’s coveted rinks because of her color, but she did not let that deter her. The manager of the Gay Blades Ice Rink on West 52nd St. noted her persistence and finally let her in, only to request that she could only skate the last 30 minutes of the evening session. As a result, with her enthusiasm and dazzling spirit she caught the eye of the legendary 9 time U.S. Ladies Champion, Maribel Vinson Owen, who helped refine Fairbanks’ skating technique with tips and pointers. Fairbanks was finally shattering the race barrier in the city. Because she was not allowed to compete due to race and bigotry of the skating community in the city, Owen encouraged her to create her own shows and events. Taking that suggestion to heart, she soon was producing her own shows at the Gay Blades Ice Rink after their closing hours, as well shows in the Supper Clubs, the Apollo Theatre, and other social venues in and around Harlem. In the late 40s Fairbanks left the east coast for California. She quickly gained fame and respect first becoming the coach of the children of Hollywood’s elite — Dean Martin, Nat King Cole, Ozzie and Harriet’s Ricky Nelson, and Otto Preminger. She made guest appearances on the popular KTLA TV show “Frosty Frolics.” But eventually her deep desire was to become the coach of young competitive skaters of all races with her primary focus in helping nurture and support African American figure skaters. The list of some of those talented students includes: Atoy Wilson, Richard Ewell and Michelle McCladdie, Tai Babilonia and Randy Gardner, Bobby Beauchamp, Leslie Robinson, and many others. Along with inspiring, mentoring, and knowing champions — Peggy Fleming, Scott Hamilton, Kristi Yamaguchi, Rudy Galindo and Debi Thomas — her coaching style helped her students to become not only great champions but also upstanding individuals. Even though she herself never stood on a podium as a champion, she took great pride and satisfaction in her students who did. And with that, her vision and goals were accomplished and fulfilled. Fairbanks coached until she was 79 years young. In 1997, Fairbanks was the first African American to be inducted into the U.S. Figure Skating Hall of Fame. In October of 2001 she was posthumously inducted into the Women’s Sports Foundation Hall of Fame. Mabel Fairbanks quietly passed in Sept of 2001 in Burbank, California, leaving a bright legacy as a trailblazer and the Grand Dame of African American figure skaters.

Celebrate the life and accomplishments of Mabel Fairbanks at the 2021 Champions in Life Virtual Benefit Gala! 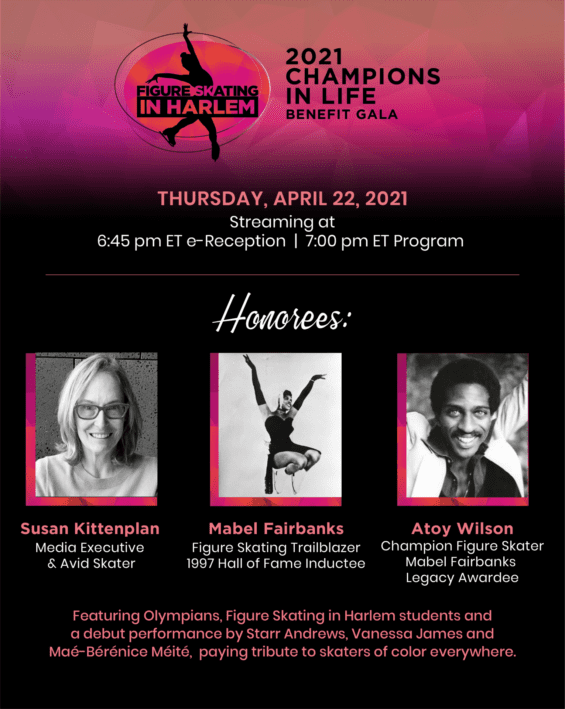